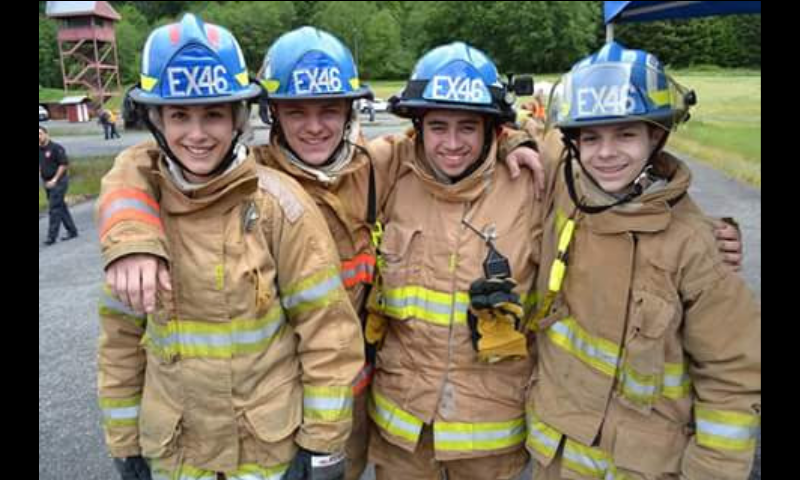 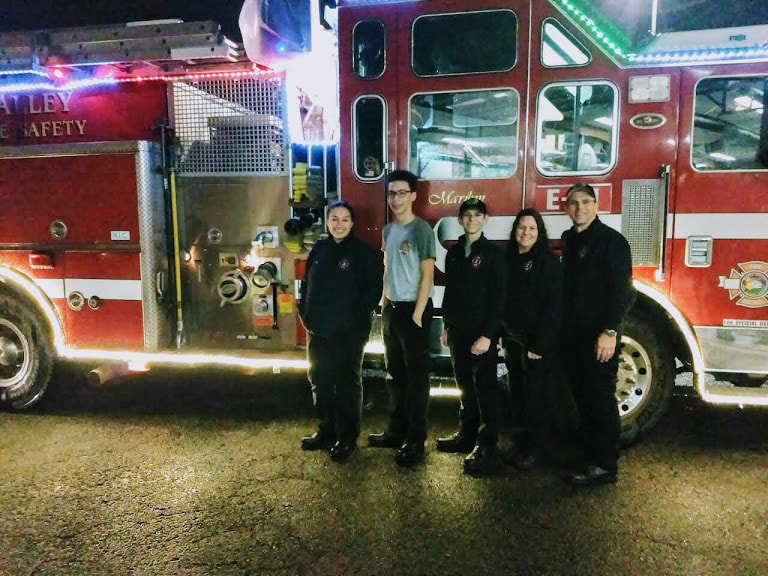 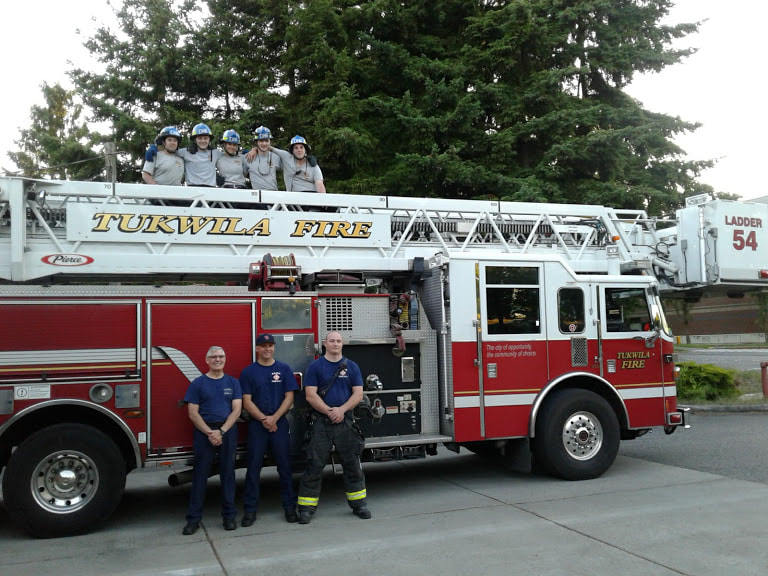 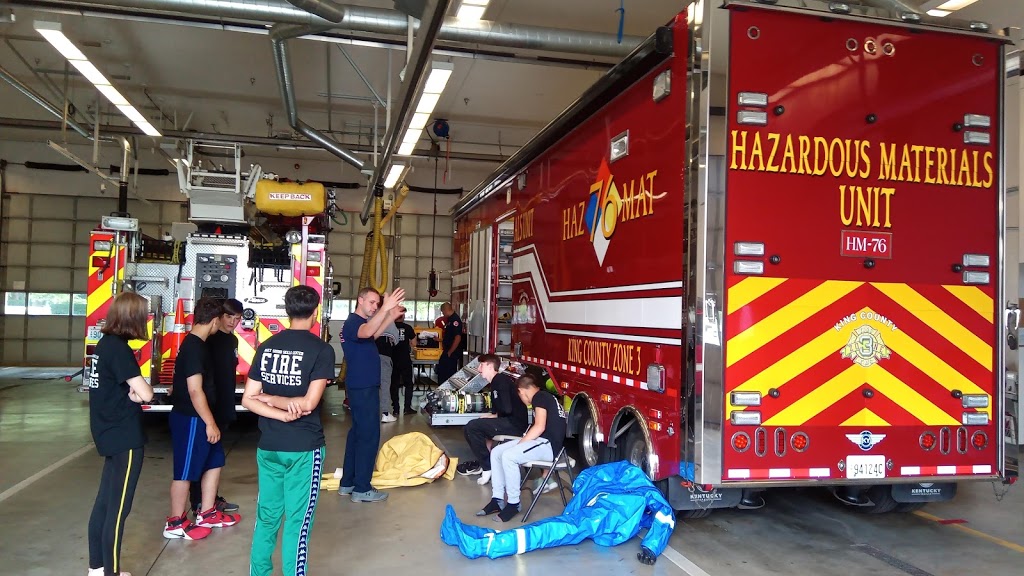 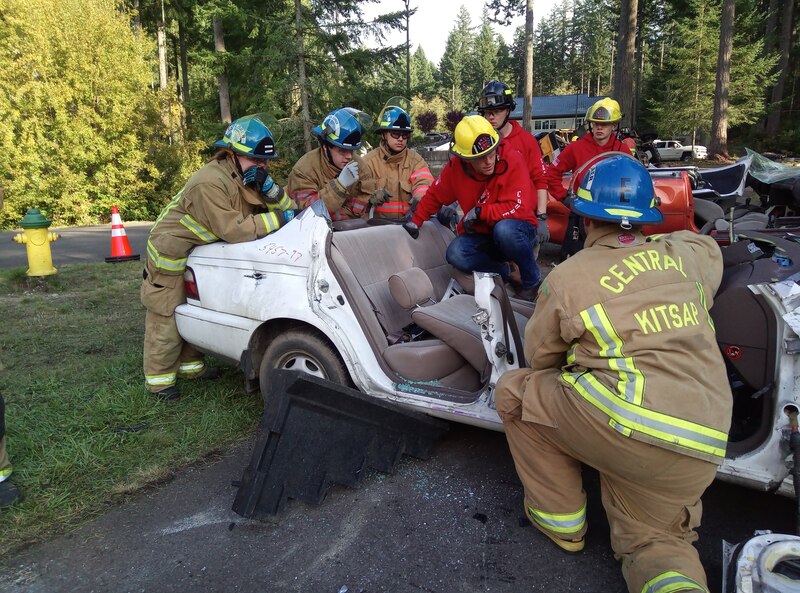 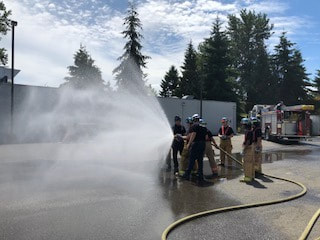 ​Frequently Asked Questions​
Zone 3 Fire Cadets ​
are the zone 3 fire CADETS a VOLUNTEER-BASED organization?
YES.  The Zone 3 Fire Cadet is a Non-Profit Program entirely made-up of volunteers who dedicate their own time.  The Zone 3 Fire Cadets Advisors are made up of both Career and Volunteer Firefighters, EMT's and Medics as well as area Emergency Management Staff, Fire Public Education Staff, Risk Management Staff, Public Information Officers and Retired Firefighters and Medics, we also have civilian Advisors who are mostly parents of the Cadets.
I am a parent or firefighter/emt.  How do i become an advisor?
​If you are a parent, we recommend you attend at least two consecutive meetings, then speak with one of the post Advisors in attendance.  They can give you all the information you need to apply.
​
If you are a Fire and Emergency Service professional, and hired by one of our sponsoring agencies (City of SeaTac, Puget Sound RFA, Tukwila FD or Renton RFA), you can ask the lead department Advisor about the application process.  You can contact us if you do not know who they are. ​ If you are not apart of our sponsoring agencies, but a member of an area Fire/ Medic agency and would like to get involved, we would love to have you on board. We have now and in the past have had Advisors who are a Career of Volunteer Firefighters, EMT's, Medics, or Staff from Mountain View Fire & Rescue, Valley Regional Fire Authority, King County Fire District 20, Tri-Med Ambulance, Seattle Fire Department, North Highline Fire District and others
are the Cadets actually dispatched to fire calls? HOW DOES THAT WORK?
YES.  After satisfactory completion of the probationary training, Cadets may then become apart of the group of Dispatchable Cadets. Cadets and Advisors are assigned a pager and/ or an Active 911 Mobile App account and added to the programs mobile dispatch list.

Each call through the Valley Communications Center (the Regional 9-1-1 Center for South King County) is monitored 24/7 ... if an incident is deemed to need our assistance, or we are requested, the available Cadets and Advisors will be dispatched.
Can I bring family and/or friends to meetings or events?
Yes, with limitations.  The Zone 3 Fire Cadet program is committed to community engagement, and we always encourage family and friends to get involved.  Since the majority of our meetings and training occur at a Fire Station, we must limit the number of individuals attending. If parents would like to become more involved, we recommend they consider becoming an Advisor.  If friends show interest, encourage them to apply as well!
I'm to young/old to join ... what should I do?
For now Cadets need to be between the ages of 14 - 21 to apply.  If you are not yet of age, we recommend you continue your passion for helping those in need by volunteering with your parent(s) or guardian(s) and siblings in your community until you are within a few months of turning 14 and completed the 8th Grade. Once you are close to 14 years of age and completed 8th Grade, you can begin to visit our meetings and prepare to apply.

If you are over 21, we recommend you look into volunteer structure or wildfire firefighter opportunities in your region. This is typically the next step for many Cadets and Explorers who "age-out" of the program.

​Here are all the volunteer firefighting opportunities within 15 miles of SeaTac, WA:
what if i later realize fire and emergency services no longer interest me?
The skills you learn as a Zone 3 Fire Cadet are adaptable to whatever career or opportunity you wish to pursue. The limits of your commitment to the Fire Service is up to you ... we encourage you to pursue your passion, whatever it may be.
Can i receive volunteer hours through the program?
YES.  Keep track of your volunteer hours on the required form provided by your school or workplace, and bring it to an Advisor to sign-off after each meeting or event.  Minimum Active participation in the Zone 3 Fire Cadets program and attendance is required for each of the meetings/events and will have to be confirmed in order for and volunteer forms to be signed.
As a Cadet, what are my responsibilities?
There are many ... much to many to highlight in the FAQ.  In broad terms, the Zone 3 Fire Cadet program never hesitates to provide opportunity, and those opportunities breed responsibility.  There are many aspects of a Cadets' commitment that warrants Honesty, Integrity, Trust, Responsibility, Teamwork, Leadership and more, both of oneself and others.  Take a look at our Rules and Regulations for more information.
How strict is the program?  How are disciplinary actions handled?
​The Zone 3 Fire Cadet program is held to a superior standard because of our mission, values, and the agencies/communities we represent.  We operate with rules and do expect Candidates and Cadets to be Responsible and treat the program professionally.  We have fun, but our responsibilities, education, and training take priority.  ​If disciplinary action needs to be taken, it will be in the manner of a written warning and counseling and can escalate to potential suspension, significant restriction of responsibilities/opportunities or expulsion or termination from the Cadet program(s). Confidentiality with any and all members will be adhered to. Take a look at our Rules and Regulations for more.
I have specific physical health preconditions which may PROHIBIT me from taking part in some activities.  Can I still join?
It depends.  We understand certain medical conditions are out of your control, but your safety is our highest priority and your ability to perform necessary physical tasks, movements and exercises or to work with certain tools on the ground or on a steep inclined roof, may be called upon at any moment to save your life or that of another and you must be able to  perform such tasks.  When applying you will have to take a physical ability test and based on your individual results, you may or may not be offered an opportunity to join the Cadet program.
What is the general time commitment?
To be considered an active member of the program, we require attendance at atleast two (2) meetings and two (2) events each month and that you complete assignments on time.  Each meeting is three hours, once a week, and events can range from one hour to overnight, with the amount of events fluctuating from month to month.  If a Cadet is dispatchable, calls could be anytime of the day, anytime of the week, and anytime of the year and in any weather condition, but we leave it to Cadets to make the judgement if they respond or not. These decisions should be based on their location relative to the call and if they are available.  In our program, family comes first; education second; and the Cadet Program, REHAB Response and Wildfire Hand Team Response is  third. Ultimately the level of participation and commitment is the decision of the Cadets and Parents, if applicable.
I am too far away to be in the program, but would love to be a fire Cadet.  What should I do?
The Zone 3 Fire Cadets is not the only Cadet / Explorer program out there.  We have listed a few other programs below that might be of interest, which may be closer to you. If you know or learn of another or would like to start one, please let us know. The Washington Association of Future Firefighters is also a great resource for all Fire Cadet/ Explorer programs and their members.  https://wa-fff.org/
I AM READY TO APPLY.  WHERE DO I START?
​When you're ready to commit, visit the 'APPLY' page to get started with your questions and to contact us to learn more.  Please download, print and complete all the necessary documents by our next meeting at Station 46 in SeaTac.  Your application will be reviewed, and if accepted, you will receive a response by email and phone from your new company officer.  You will then be issued your respective gear/equipment, and begin your probationary period as a Zone 3 Fire Cadet.

For more information you may contact us at:
Zone3FireCadets@gmail.com or Call/ Text us at (253) 234-7278.
The Zone 3 Fire Cadets DO NOT RESPOND TO EVERY FIRE IN THE ZONE 3 JURISDICTION. WHY IS THAT?
REHAB Response:
Not every fire requires a REHAB Unit(s).  Some fires, such as single-alarm fires, can be dissolved within a short period of time with little resources. The Zone 3 Fire Cadet program operates the following REHAB units 24/7/365: REHAB 302, REHAB 303, REHAB 304 and CADET 346 with CADET 314 as an additional multi-purpose use vehicle which can be put into service immediately as a REHAB Unit, if needed. REHAB is provided at all "Working Fire" upgraded incidents as well as for a variety of Emergency incidents, River Rescues, Search and Rescues, Police and SWAT incidents, Wildfire/Urban Interface Wildfires (Brush Fires), Natural or "Man-made" Disasters,  and much more. The Advisors are primarily dispatched first to evaluate the need and safety of Cadets should the additional hands of Cadets be needed. Multiple-alarm fires or larger scale incidents that would exhaust firefighters and their resources quicker, automatically calls upon available Cadets, Advisors, vehicles and equipment. ... so, in short, it depends on the call.  In addition, we are no longer the primary rehab unit in Zone 3. King County Fire District 20 (Skyway/Bryn-Mawr) REHAB 322/ AIR 20 unit is the primary but, at least one Zone 3 Fire Cadet Rehab unit will join REHAB 322.  If REHAB 322/ AIR 20 is unavailable, out-of-service, or already dispatched to another incident, the Zone 3 Fire Cadets are already aware and at least one unit is already enroute and capable of calling in additional units to support incidents as needed.

Our Wildfire Hand Team(s), Brush Truck - BR 348 and/ or Water Tender - 348, as other career or volunteer units, are not always needed or requested or in position to assist. Depending on the circumstances with a Wildfire, the current IC (Incident Commander) will decide which resources would be best for the incident and crews. As Wildfires/ Urban Interface Wildfires (Brush fires) become more prevalent, some Structural Fire Agencies will call upon us and others because Certified Wildfire Firefighters are appropriately equipped, trained and experienced on how to extinguish wildfires. Brush Fires in urban settings can be tricky and are known as Urban Interface Wildfires. At these incidents, our Wildfire members who respond as REHAB have in the past, been pulled and re-assigned to fight the fire when possible.
there are five wednesdays in certain calendar months THROUGHOUT THE YEAR. what do Cadets do on the fifth wednesday, if there is one?
On the months with a fifth Wednesday, we dedicate that time to a fun social event. The social is completely optional, but gives Cadets an organized opportunity to become more invested and engaged in each other. In the past, the social has ranged from a fire station tour at the Port of Seattle Fire Department to ice skating to attending area professional sports games. The socials are intended to allow the cadets to just "hang out" and have fun.